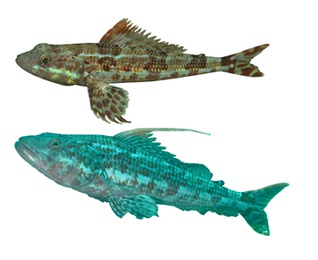 Sergeant bakers are an inquisitive species often seen swimming in reefs by divers. They have a mottled red colouration. Males are easily distinguished from females by a long fin ray (which extends almost half the body length) projecting from their dorsal fin, this is lacking in females.

If spotted on the northeast, eastern and southern coasts of Tasmania