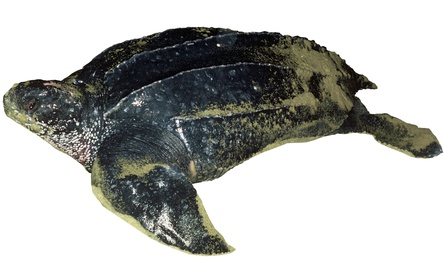 Leatherback turtles are named for their soft leathery shell, and are the largest sea turtle. Their black shell has 5 ridges running along the length with light spots on it. Hatchlings are black with white markings along carapace ridges and undersides.

Leatherback turtles are oceanic and are found in all the oceans of the world. They migrate great distances between cooler feeding grounds rich in jellyfish and tropical nesting beaches; 0 to more than 1000 m depth

Turtle distribution and movement patterns are not well know, so please log this species wherever it is spotted in New South Wales, Victoria, Tasmanian, South Australia and southern Western Australian waters

Redmap species descriptions were based, with permission on the following books.