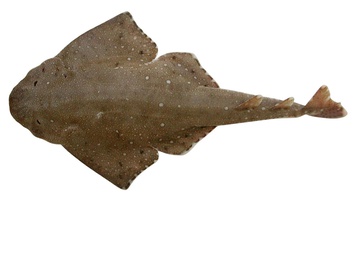 Angel sharks appear to be a cross between a ray and a shark. It's back and large pectoral fins are light grey to greyish brown and covered with white flecks and spots. The caudal (tail) fin has dark spots.

Mainly coastal, off surf beaches. Under a layer of sand near reef or seagrass bed edges; 2-130 m depth

Log if spotted anywhere in Tasmania other than the north coast