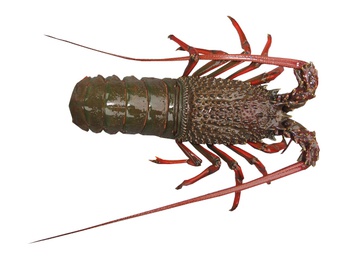 This species is more common to New South Wales and is captured regularly in north-eastern regions of Tasmania in small numbers. Some fishers report seeing the occasional specimen around south-western Tasmania. Mature female eastern rock lobsters have not been reported from Tasmania. Larvae are thought to be delivered into Tasmanian waters via the East Australian Current.

Length: Carapace up to 26 cm

Log this species wherever it is spotted in Tasmanian waters

Species names on the Redmap site are based on the Codes for Australian Aquatic Biota or CAAB http://www.cmar.csiro.au/caab/ This is updated regularly and lists the approved common name, family, species name and more.