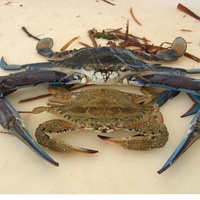 Have you ever spotted a fish that you suspect doesn’t usually live along your stretch of coastline in South Australia? With the launch of Redmap Australia, where citizen scientists collect information on our changing oceans, you’ll be able to log your sighting at www.redmap.org.au.  Redmap asks the community to report sightings and photos of uncommon marine life at their local fishing, diving or swimming spots.

Keith Rowling, from the Community Based Fisheries section of PIRSA Fisheries and Aquaculture, will be driving Redmap in South Australia. He says Redmap’s community sightings will help track if marine species are moving their homes, known as a ‘range shift’, in search of cooler waters as the marine climate changes.

Redmap SA is keen for unusual sightings of any marine life along the state’s coast – and not just fish, but also turtles, marine mammals, crabs, lobsters, seaweed, shellfish and prawns, to name a few. Photos are reviewed by a network of marine scientists around the country to verify the species identity and ensure high-quality data.

South Australian has unique currents - cold water currents from the south east and the warmer Leeuwin current from the west - that are complicated by cooler Antarctic waters.  So there are less obvious southerly range shifts such as those studied along the western and eastern seaboards.

Mr Rowling has his eye on a few species that could shift range if ocean temperatures warm, such as the blue swimmer crab (Portunus armatus). This crab is traditionally found in the upper gulfs of South Australia, but more and more divers and recreational fishers are reporting this species further south, outside the gulf areas.  Yellowfin tuna (Thunnus albacares) is another fish Redmap SA will keep tabs on: it’s rarely caught in South Australia, so any range shift would be noticeable if it moved into the state either from the east or west.

Over time, and with many sightings, Redmap’s citizen science will help detect if marine species are really setting up shop elsewhere; or whether they are just one-off or seasonal visitors along parts of the SA coast.  This information will help to focus research and management into those marine species and regions that are most impacted by marine climate change.

And the sooner fishers, divers and the public help gather this information, the better.  Some seas along the coast of Australia are warming at 3 to 4 times the global average.  Turning up the heat tends to stress marine ecosystems and species, and can impact fish growth, reproduction and behaviour.

Redmap aims to become a continental-scale monitoring program along Australia’s vast coastline to help track marine species; but also to engage Australians with marine issues by collecting their own data.

The Redmap website encourages members to share sighting photos and anecdotes.  It also has information and news on fishing, diving and the marine environment.  Everyone can comment on the latest sightings of critters spotted away from their usual marine postcode; and a smart phone application will be up and running in 2013 to make logging an unusual fish that much easier.

Redmap engages people with climate change issues by allowing Australians to learn about and collect their own data on their local marine environment. And all whilst doing the things they love: diving, fishing and swimming!

Check out the marine biota that Redmap SA will be tracking along the coast: Redmap SA species