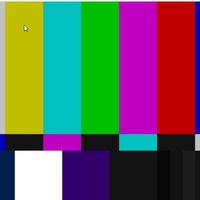 The Redmap project was featured or discussed in the following articles and broadcasts (click on the links in bold):

8 February 2016: The Mercury, Species on the Move Worldwide by Craig Maccaulay.

1 January 2016: Listener.co.na, Jump outside and play (subscription only access).

9 September 2015: Australian Geographic, Citizens science: using the power of the masses (Redmap listed as an example of citizen science in Australia)

24 July 2015: The Mercury (Tasmania), Professor pats citizens on back for help by Bruce Mounster (interview Jemina Stuart-Smith and Gretta Pecl)(subscription only)

14 June 2015: The Sunday Tasmanian, Big fish are out there for the taking by Carl Hyland (subscription only)

29 May 2015: University of Tasmania News, What's new at Redmap? by Yvette Barry

11 April 2015: The Mercury (Tasmania), Hunt on for any odd fish by Bruce Mounster (subscription only)

21 November 2014: The Conversation, Things warm up as the East Australian Current heads south

12 October 2014:  ABC News Online, Sydney octopuses found in Tasmanian waters could be a mixed blessing for fisheries there.

19 March 2014:  University of Tasmanian News (Tasmania): The sea’s the limit: $5000 up for grabs in marine video competition

18 August 2013: Radio 4BC, interview with Elvira Poloczanska from the CSIRO about her Nature paper just released on shifting species

9 May 2013: Manning River Times (NSW), An article about upcoming talk Chance to get involved in marine science

17 April 2013: ABC Country Hour SA Interview with Keith Rowling about Redmap SA, Anyone with a camera can help with marine science

1 Mar 2013: The Advocate (Tasmania), A wave of change with sea temperature rise

14 June 2012: University of Tasmania news, Grants to bring science to the community

Dec 2011: Tasfish.com, REDMAP - The place to report uncommon fish and get prizes

Jan 2010: CIAC newsletter, Cephalopods on the move in Tassie!

24 Jan 2010: The Sunday Tasmanian, Discover Tasmania: Cast about for a bite of nature

2009: Research to Reality (UTAS), Edition 4, Something fishy in the water