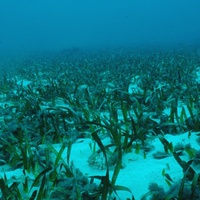 Ecologically, Victoria’s marine environment shares many similar fishery resources and habitats with the neighbouring states of Tasmania, South Australia and New South Wales. Victoria’s coastal marine environment is influenced by Bass Strait, the East Australian Current (EAC) and the Leeuwin Current.  An important feature of Victoria’s coastal regions is the seasonal upwelling of cooler nutrient rich waters that stimulate the production of marine life, which is good for commercial and recreational fisheries.

As a result of climate change, water temperatures of the south-west and south-east of Australia are warming faster than other regions. In the last 60 years the EAC has become stronger with warmer, saltier water now found 350 km further south. It is predicted that the Tasman Sea is expected to experience the greatest level of warming in the Australian region. This may lead to a variety of cool-temperate species shifting location southwards, becoming extinct or being replaced by the increased occurrence of sub-tropical and tropical species driven by warmer temperatures.

King George whiting, Sillaginodes punctatus, spawn offshore from Victoria, where the larvae are transported hundreds of kilometres by currents to juvenile nursery areas. Port Phillip Bay is one such nursery and is also home to fish species such as black bream, snapper and sand flathead. Most of the fishing occurs in the sheltered bays and inlets.

A pilot study using underwater stereo video showed that juvenile whiting were strongly associated with shallow seagrass beds.  Climate change is expected to have a negative effect on seagrass through decreasing light and increased storm intensity and water temperature, reducing ideal habitat for the whiting. Although warming coastal waters may promote growth and survival of whiting larvae as they drift towards nursery areas, the weakening Leeuwin current may hinder the journey of larvae to nursery areas and reduce the population.

It seems the sea urchin Centrostephanus rodgersii is favoured by these warmer conditions, as it has expanded its habitat and its devastation southwards. Without large fish and rock lobsters to keep their numbers down, the thriving sea urchins overgraze the sea bed leaving it barren of life. Their behaviour has been linked with the reduction of numbers of southern rock lobster, Jasus edwardsii.

Cephalopods are invertebrates with a large head and tentacles such as octopus, squid or cuttlefish and are known to respond quickly to environmental changes. The Common Sydney Octopus, Octopus tetricus, is an abundant species and important fishery resource in eastern Australia. Until recently it was distributed from southern Queensland to NSW, but as waters have warmed, in the last few years it has been detected off Victoria and the northeast of Tasmania.

Climate change is also predicted to change rainfall patterns across south-eastern Australia with annual rainfall decreasing. This will influence the flow of freshwater into the estuaries and may reduce the abundance of estuarine species. Estuaries are highly-variable environments and many creatures inhabiting estuaries are capable of tolerating a wide range of physical and chemical conditions, however the spawning and survival success of black bream, Acanthopagrus butcheri, relies on specific estuarine conditions. It is unknown how the ecology of the estuaries will cope with changes in freshwater flows across the state, however research is underway.

To read more about Victoria’s changing ecosystem, in response to climate change, read: