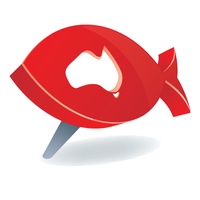 Just as crowdsourcing capitalises on the collective power of “crowds” to complete tasks more efficiently than any single person, citizen science outsources tasks requiring little or no scientific expertise to ordinary folks. This hastens data collection and/or analyses. Moreover, with a little strategic oversight from the scientists in charge, this increased rate of data collection and/ or analysis can be achieved with minimal loss of accuracy.

For example, the “Range Extension Database and Mapping Project,” or “Redmap,” is hosted by the Institute for Marine and Antarctic Studies and the University of Tasmania. Redmap aims to discover the extent to which Australian marine species may be “relocating” in response to environmental changes, like ocean warming. However, given that Australia’s coastline stretches almost 60,000 km, it would take more than a few enthusiastic marine scientists with a couple of decades and a few thousand Qantas points to spare, to make any headway in mapping the full extent of such shifts.

Redmap
Instead, Redmap relies on the thousands of avid fishers, divers, snorkelists, and swimmers to “spot, log and map” unusual marine visitors to Australian waters using their smart phones. These photographs are then channelled to a group of about eighty dedicated Redmap marine scientists from who collate the photographs and authenticate the identities of the species spotted.

The Redmap initiative is still in its infancy but is already making waves (pardon the pun) in Australian marine research. In Tasmania, where the initiative first began in 2009, scientists have found strong evidence for southward range shifts of several species like rainbow cale (Heteroscarus acroptilus) and the gloomy octopus (Octopus tetricus).

Redmap scientists are hopeful that the data will ultimately inform critical management decisions so that research can be directed to the areas and species most severely impacted by climate change and range shifts.

Citizen Science in the Smartphone Era
Redmap is an ideal example of how citizen science can contribute to legitimate and important scientific discovery. It also illustrates how citizen science and technological advancement go hand-in-hand. Anyone with an ounce of technological know-how can download the Redmap smartphone app for free and within seconds be “spotting, logging and mapping.”

In order to save you the trouble of trawling through the deepest, darkest recesses of the internet, below is an assorted selection of citizen science apps and games for you to trial at your leisure.  Some have been selected for their potential contribution to science while others simply piqued my (apparently morbid) sense of curiousity.

Read more at Vaguely Accurate: Citizen Science and Technology: Use Your Smartphone for Science, Not Just Selfies!