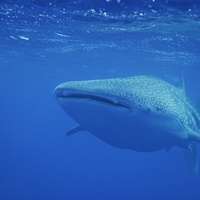 Have you ever seen a fish or marine creature that you are pretty sure doesn’t usually live along your stretch of the Western Australian coastline? With the launch of Redmap Australia, where citizen scientists collect information on our changing oceans, you’ll be able to log your sighting at www.redmap.org.au.  Redmap asks the community to report sightings and photos of uncommon marine life at their local fishing, diving or swimming spots.

Redmap WA is keen for unusual sightings of any marine life along the west coast – and not just fish, but also turtles, marine mammals, crabs, lobsters, seaweed, shellfish and prawns, to name a few. Photos are reviewed by a network of marine scientists around the country to verify the species identity and ensure high-quality data.

Redmap Australia takes this concept national and aims to become a continental-scale monitoring program along Australia’s vast coastline to help track marine range shifts; but also to engage Australians with marine issues by collecting their own data.

Over in Western Australia, marine scientists gained some insights into how tropical species move southwards during a marine heat wave that occurred off the west coast in the summer of 2010/11. WA’s ocean temperatures were more than three degrees higher than usual during mid-summer over a very large area.

Dr Gary Jackson and colleagues at the WA Department of Fisheries started getting a wave of calls from the public reporting fish and shellfish kills between Shark Bay and Leeman, coral bleaching and unusual species sightings as far south as Albany on the south coast.

These reports included subtropical species such as black marlin (off Busselton), red bass and various damselfish and parrotfish (around Rottnest), Spanish mackerel, mahi mahi, whale sharks and manta rays (off Albany), all observed much further south than they’re usually found.

“It was obvious something very unusual was going on,” Dr Jackson said.  A marine heat wave workshop was organized and attended by more than 80 marine scientists where the idea of becoming involved in the Redmap Australia project was discussed.  More than 18 months on, and Dr Jackson is now leading Redmap WA.

He’s confident the Redmap website will attract many community sightings and that this information will help track any southern shifts along the state’s lengthy coastline.

“There are a lot of people out there on the water or under water or walking on beaches seeing things which would be of interest to us about how the ocean is changing and what the consequences are going to be for fish and fisheries in WA,” he said. The Department’s biosecurity scientists are also hoping to use Redmap to track movements of tropical marine pest species such as the Asian paddle crab and Asian green mussel.

Over time, and with many sightings, Redmap’s community data will help detect if marine species are setting up shop elsewhere or whether they are just one-off or seasonal visitors along parts of the WA coast.

This information will help to focus research and inform management about those species and regions that are experiencing more range shifts with a changing marine climate.

Redmap also engages people with their marine environment and with the issue of climate change. The website encourages members to share photos and anecdotes.  It also has information and news on fishing, diving and the marine environment.  Everyone can comment on the latest sightings and a smart phone application will be up and running in 2013 to make logging an unusual fish that much easier.

Redmap lets Australians collect, share, learn and comment on information about their local seas. And all whilst doing the things they love: diving, fishing and swimming!

Check out the marine biota that Redmap WA will be tracking along the coast: Redmap WA species