The most-reported Redmap species, both in and out of their usual home range, for each state were:*

Who reported these sightings?

Some 56 per cent of Redmap sightings were logged by divers, followed by fishers (33%), beachcombers (7%) and the rest by boaters and swimmers, as shown in the chart below: 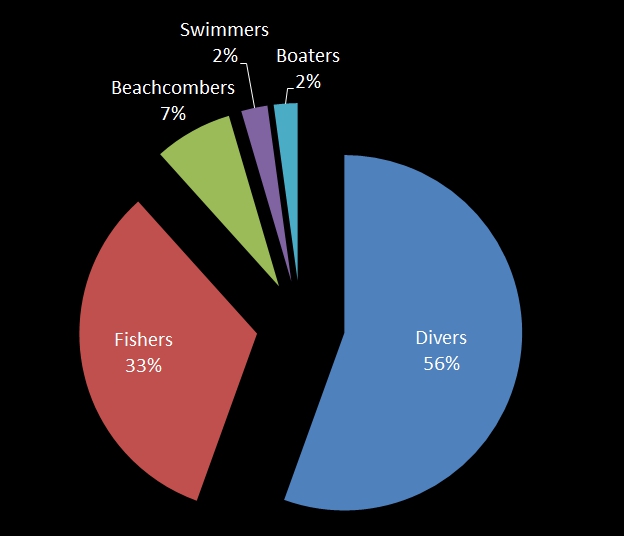 Which state reported the most sightings?

Tasmanians logged the most sightings! This makes sense for two reasons. First, sightings have been collected in Tasmania over a longer period of  time: the project began in the southern state in 2009 and only went national in 2012.  Second, Tasmania's east coast is an ocean warming "hotspot", with seas warming at three to four times the global average. Tasmania is experiencing more obvious changes in the distribution of marine life as more species extend their ranges south in search of their preferred climate.

Redmap members in New South Wales and Western Australia followed in the sightings numbers, as shown below: 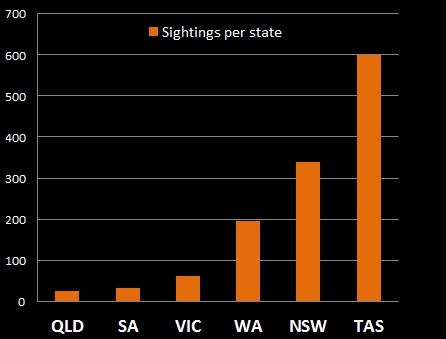 What does the data mean?

Over time, the community's marine observations will help scientists track which species are shifting into new regions in response to changes in the marine environment such as ocean warming. This information is important to prepare recreational and commercial fishers for potential changes in the number and types of fish they will catch in the near-future.